Carlo started his study of the martial arts whilst a student at Hamilton Boys High School. While joining both a Japanese/Sport Jujitsu (under Stuart Irwin & Johannes Zender) & a Karate club (under Phil Beale) with friends, he came to appreciate both the grappling and striking arts with equal respect. Carlo was also soon introduced to Will-Machado Brazilian Jiu Jitsu via Phil.

Unfortunately when the active Waikato JJ club instructor Stuart retired due to injury, the decision was made to close the school and all transfer elsewhere. Initially unsatisfied with the training style & long term development goals of the other local clubs, the decision was made to start lunchtime classes to help the keener students to keep the competitive edge. Some of the older WJJ students (such as Johny, Matt & Jayson) as well as a few newer members such as Joesef and Kyne made up the majority of early classes.

At this point Carlo was assisting Marcus Steele with his Kobukan kids Karate classes in Tamahere. Shortly after, Marcus handed over the reigns of his kids class and retired. The decision was made to modernise the kids training syllabus - and they became the first kids MMA class in Hamilton.

The lunchtime class team slowly accumulated until early 2011 when Project A!R shifted out of the Kobukan dojo; then the decision was made to formalise the club, name & launch the CORE MMA with the new late-night classes. The focus was competitive Mixed Martial Arts training for those who needed help breaking through to the next level. The original logo was comprised from the team style training at CORE MMA - "One for all and all for one". The numbers quickly grew, and we opened the morning and the weekend classes to fully support our shift workers & keenest of students.

Since then, we ran both the Tamahere & Puketaha kids MMA classes as well as launching our teens-specific Colts MMA programme in Frankton. The team skills, member base & competitive success have since grown rapidly. At the end of August 2013, CORE MMA relocated to our own full-time gym - a significant upgrade in space and facilities. We lead the way with the most equipped MMA gym in the region and an excellent team of members and coaches.

At the end of 2017, after 4 great years on Killarney Road it was time for us to step it up again. Our new site on Thackeray is home to one of the largest and one of the most successful MMA schools in New Zealand, and we're only just getting started. 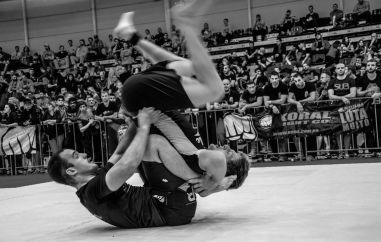