Judo was created in 1882 by Jigoro Kano as a martial art which drew inspiration from earlier jujutsu schools. It distinguished itself from its predecessors (primarily Tenjin Shinyo-ryu jujutsu and Kitō-ryū jujutsu) due to an emphasis on "randori", or free sparring, instead of forms.

The objective of competitive judo is to throw an opponent, immobilize them with a pin, or force an opponent to submit with a joint lock or a choke. Judo's philosophy revolves around 2 primary principles: "Seiryoku-Zenyo", maximum efficient use of energy, and "Jita-Kyoei" or mutual welfare and benefit. The modern form of judo emphasises the throwing aspects, whilst some of it's offshoots like Brazilian Jiu Jitsu emphasise the submission-holds and ground fighting. 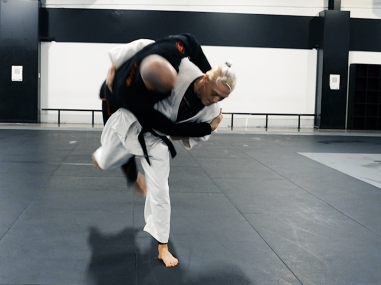